The video represents the evolution of the Milan metropolitan network which has been growing from 1964, year of the tube opening, until 2014. The years change in the timeline and modification of the metro network is highlighted by circles representing the stations. Once the video is over it is possible to see the years in which the metro net has been changed the most. 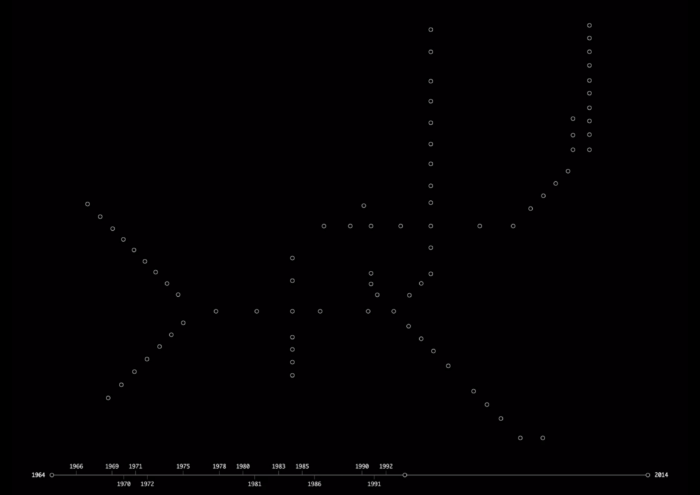 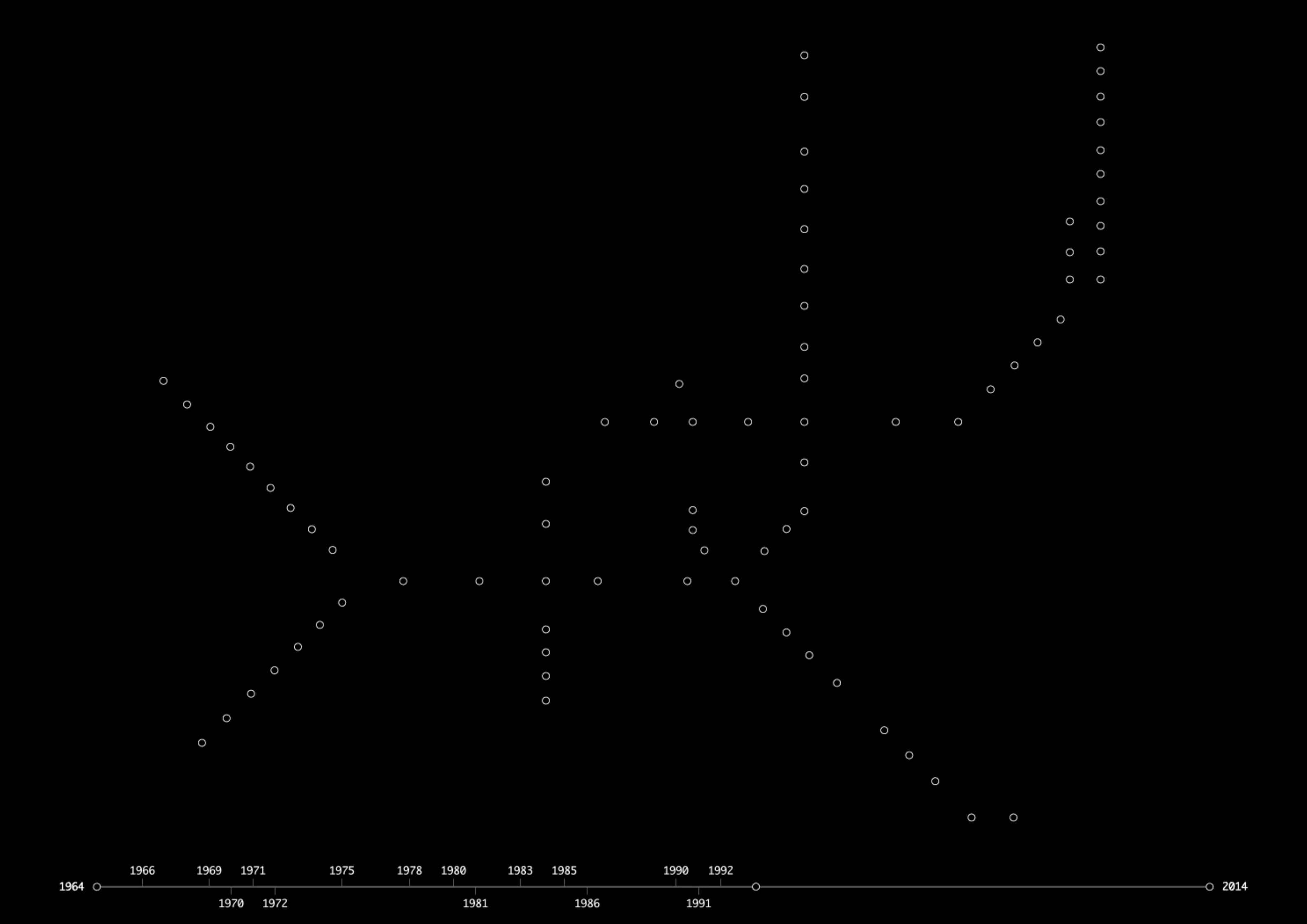