For the basis of the project was taken the theory of the ability of each religion to spread from person to person, as a microorganism. It behaves like an organism or a community of organisms, transmits from one person to another and changes over time. Large cities, being large immigration centres, are perfect for studying the phenomenon in the role of a “Petri dish”. For the study of the data, the dataset “Diversity in London” was used. It contains several sections dedicated to particular diversities, including religious diversity. In the first part of the study the largest religious centres in London were found to show changes in religious diversity on the city map, and provides data on the total number of representatives of the main religions. In the second part, an analysis of the data for the birthplace of the representatives for the three main religions in London was carried out. A poster was created on the basis of the views. As a metaphor for the visualization, the metaphor of the Petri dish was selected. 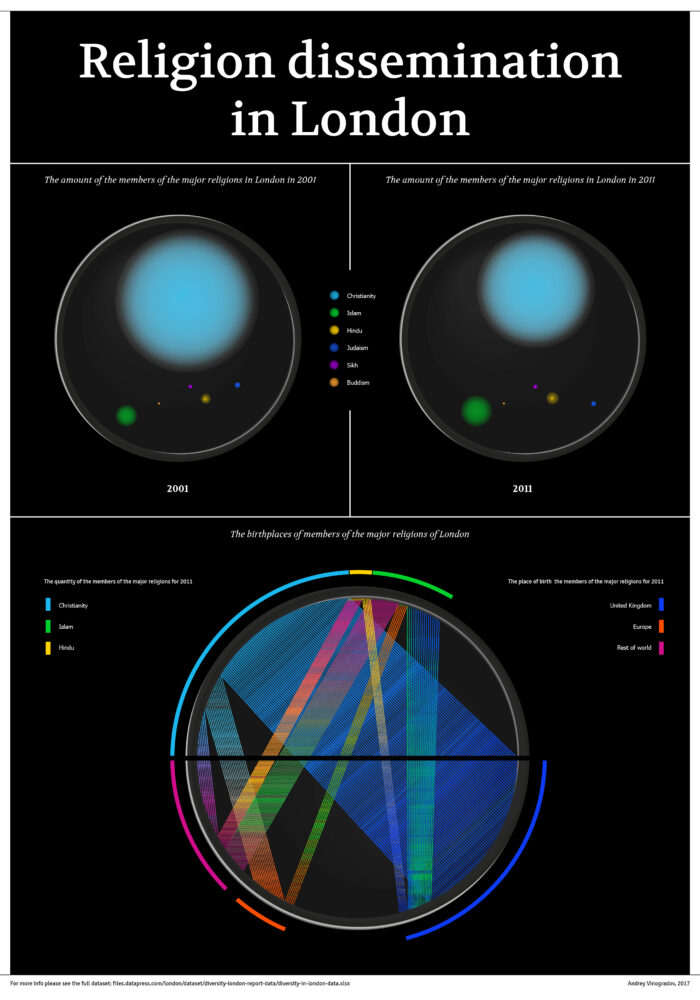 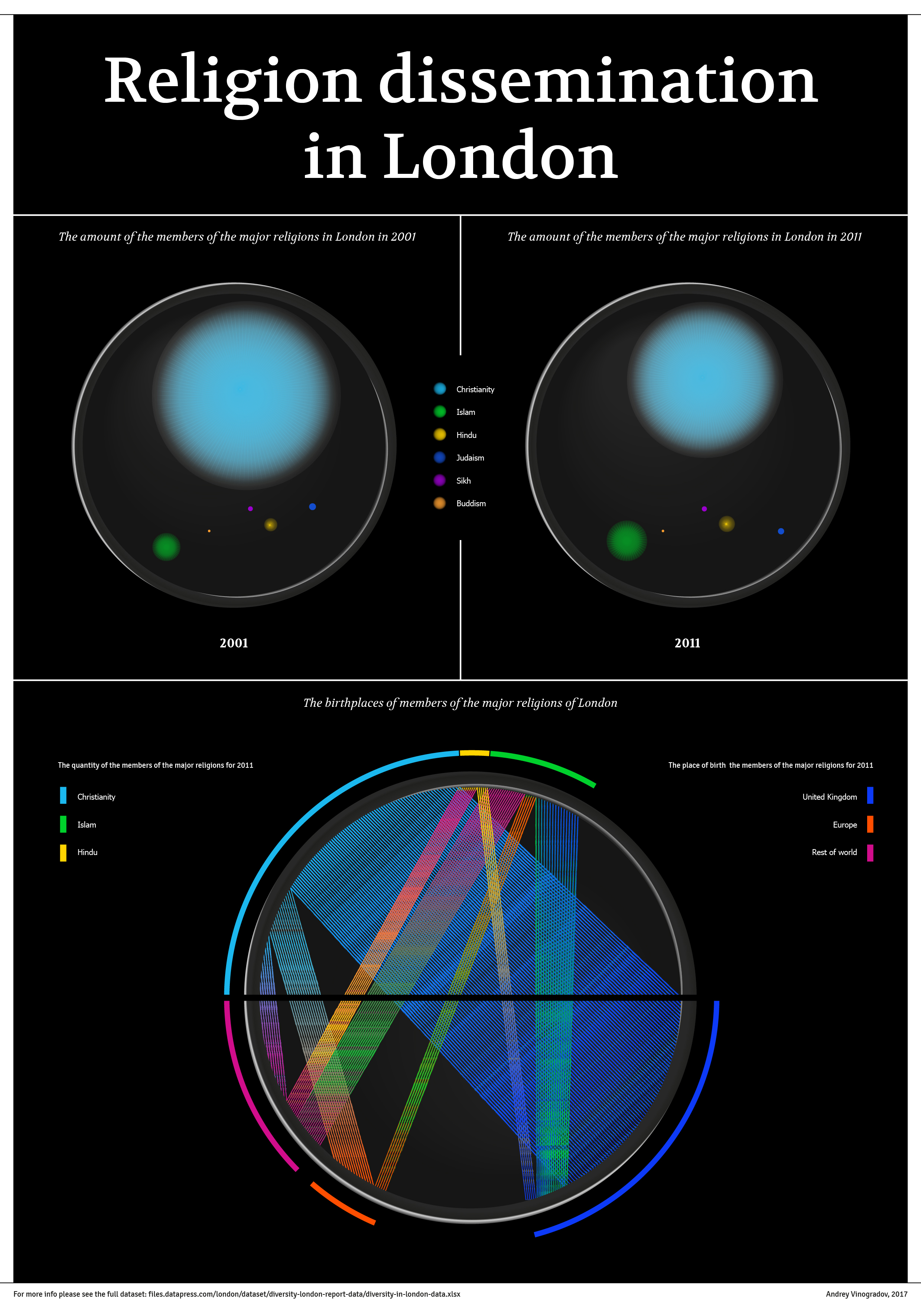