After researching data on the health impact of the so-called ‘Land of Fires’ of the ISS, the 55 municipalities involved were examined and divided into 5 categories (IR class) according to the Waste Index calculated by the Trails Study with respect to landfill sites, land area and the number of inhabitants. The percentages of deaths from different cancers in the years 2003-2011 were then studied for every single municipality. The visualization plays on the image of the fire, representing how the contaminated territory reduces the inhabitants to ‘smoke’. Each flame is indicated by the IR class of the municipality from a yellow to a darker red. Smoking, on the other hand, is indicated by cancer deaths with a different grey for each disease. It can be seen that a larger, and therefore more common, polluted flame corresponds to greater smoke. 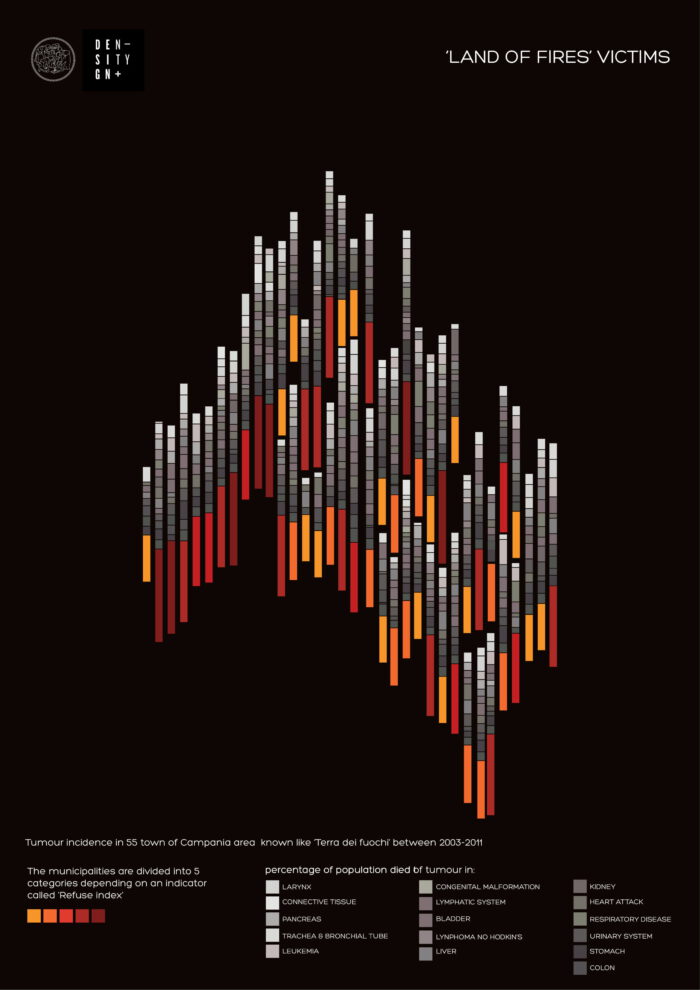 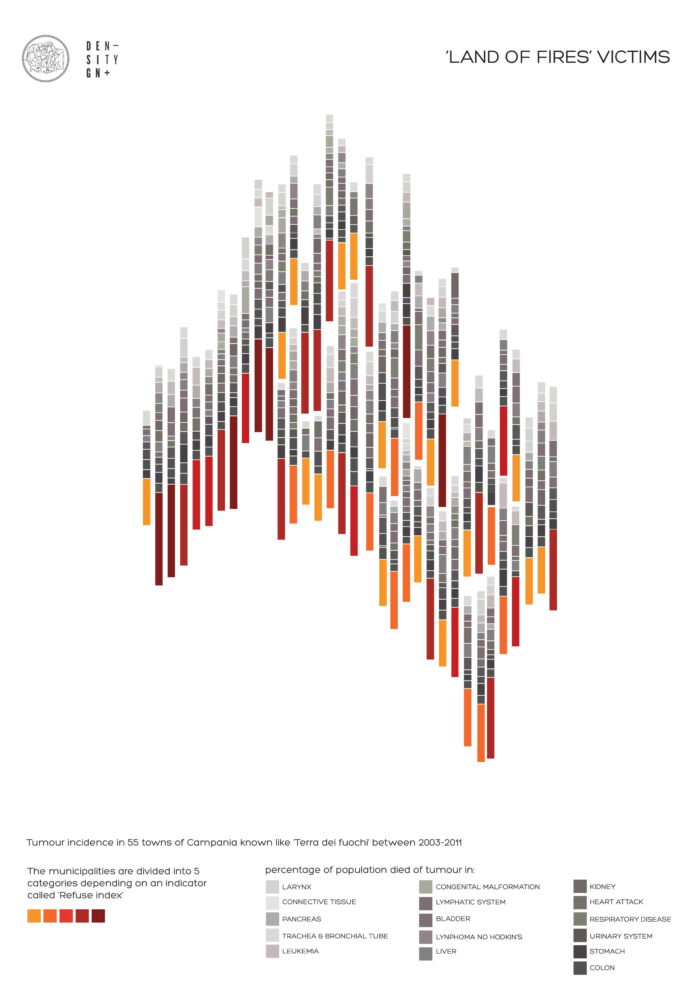 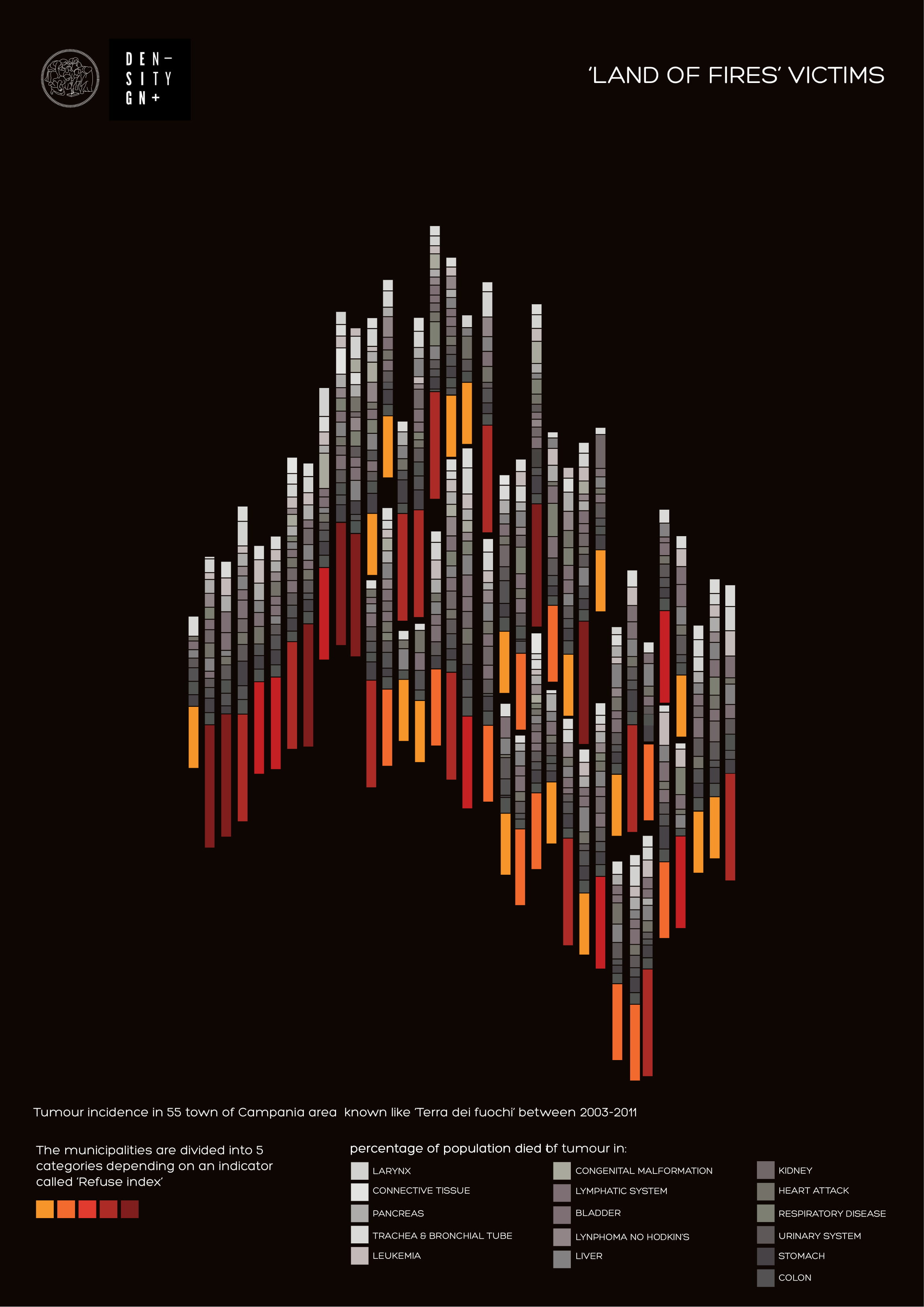 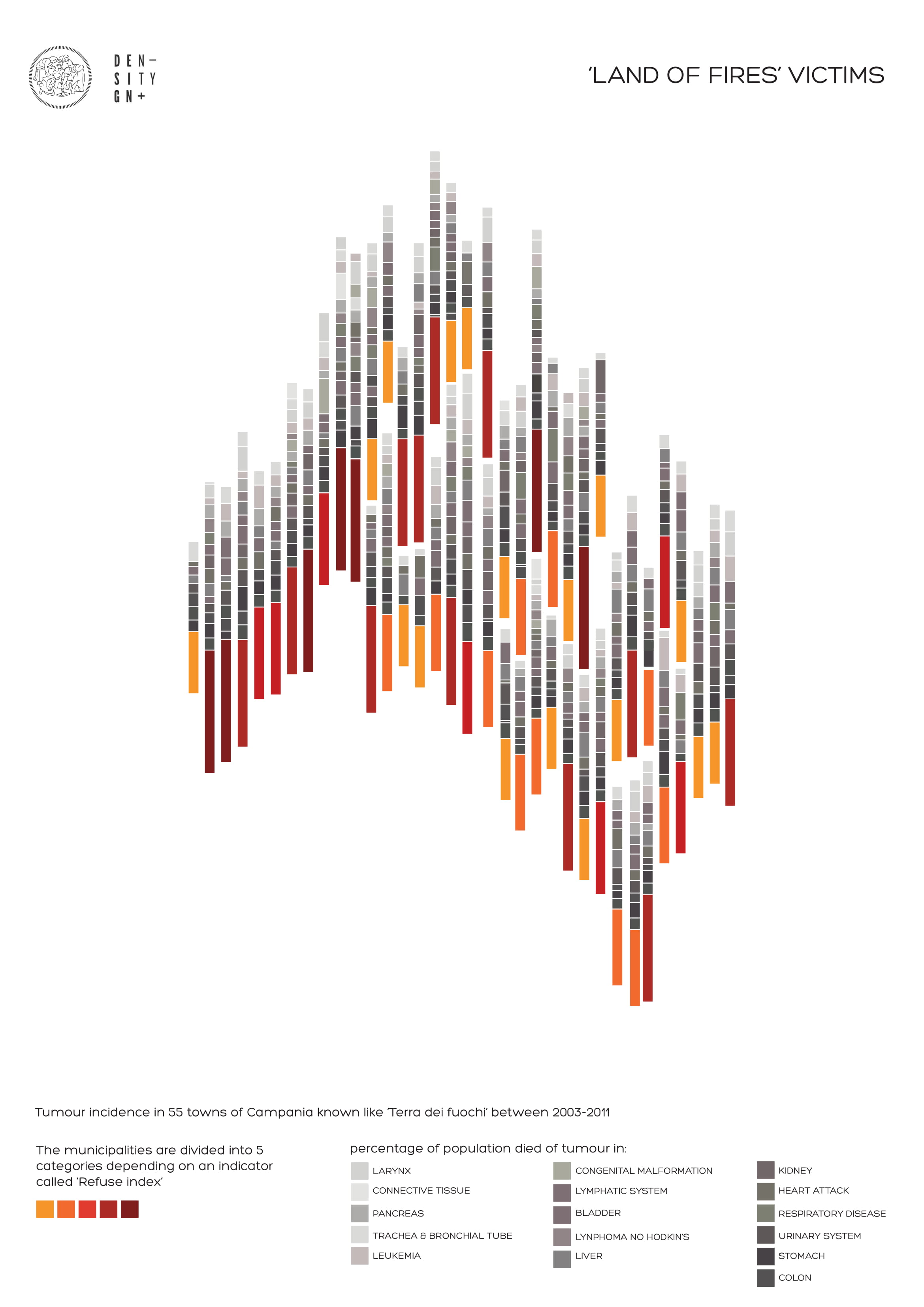