In the world, there are a lot of different kind of alphabets, and an endless array of characters and glyphs, but could they tell us also something about the countries in which they are used? Since each letter is made up of some signs put together, I explored if it was possible to separate again these signs in order to create new meanings out of them, some by merely coloring the letter’s surface to dene quantitative data, in others by using the shape of the signs to suggest a certain meaning combined to the statistic. For each letter, I specified also a word in each language that contains the aforementioned in a way that the meaning created from the graph is explicit and reinforced. 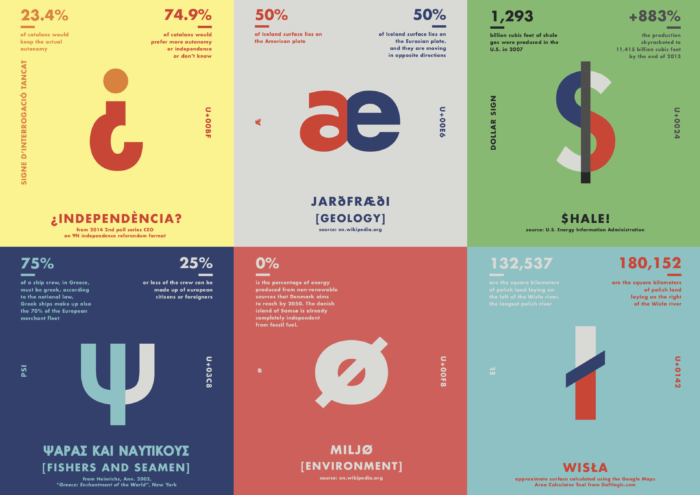 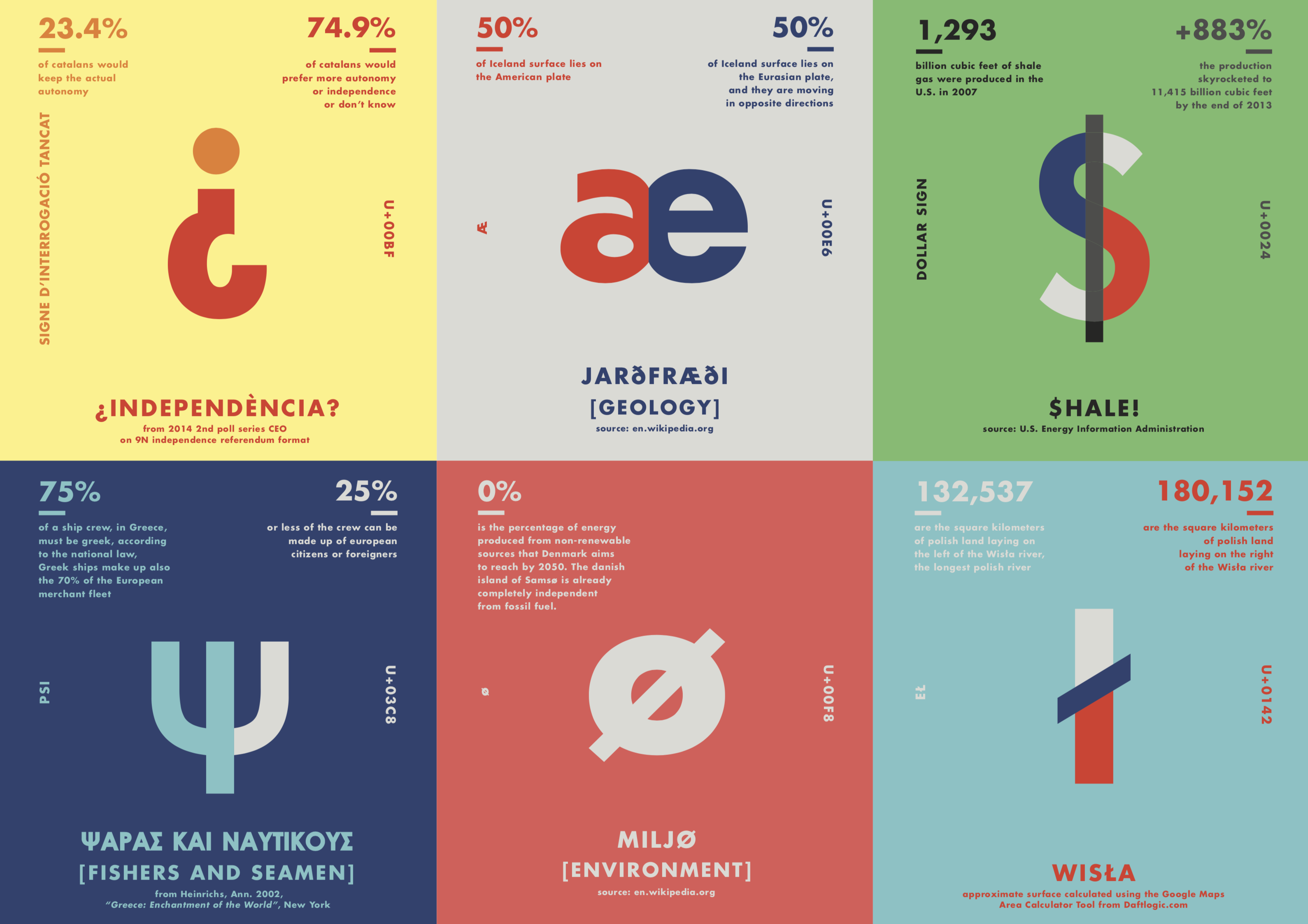