The infopoetry project is inspired by data on deforestation in this rainforest area. This destruction began in the 1940s when the governments of the region decided to exploit its forest and mineral resources. The data on which the project is based, however, start from the period before 1970, so the coverage of that period has been considered as 100%. The artifact is a 31x31 cm book where the pages represent the area of the forest. Each page represents one year and has a different length than the others, in relation to the amount of forest eliminated annually. 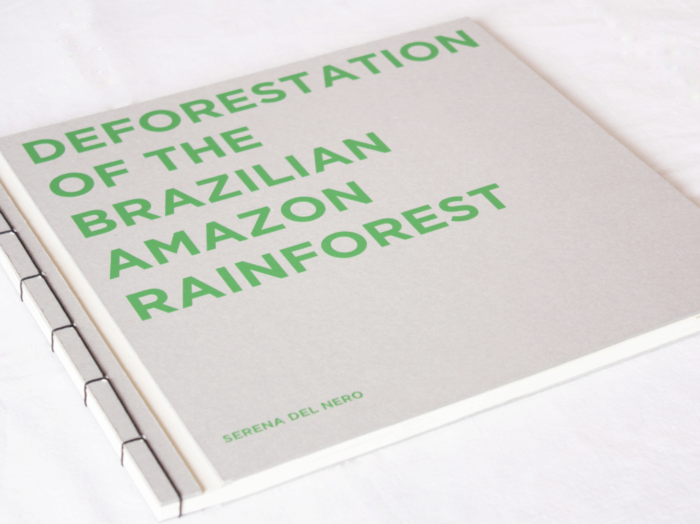 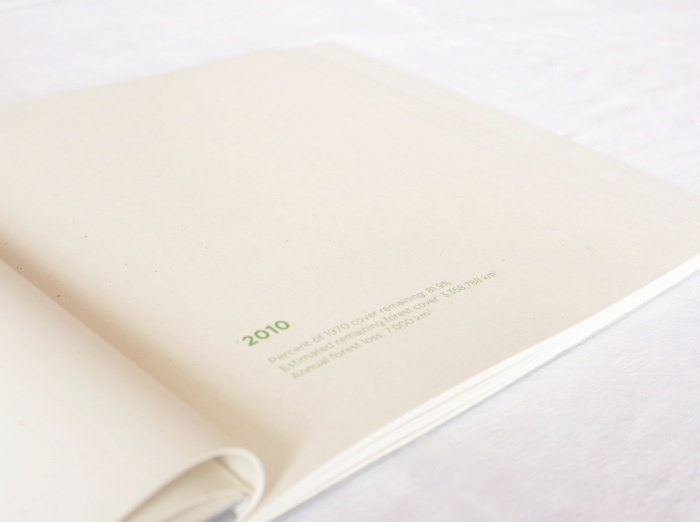 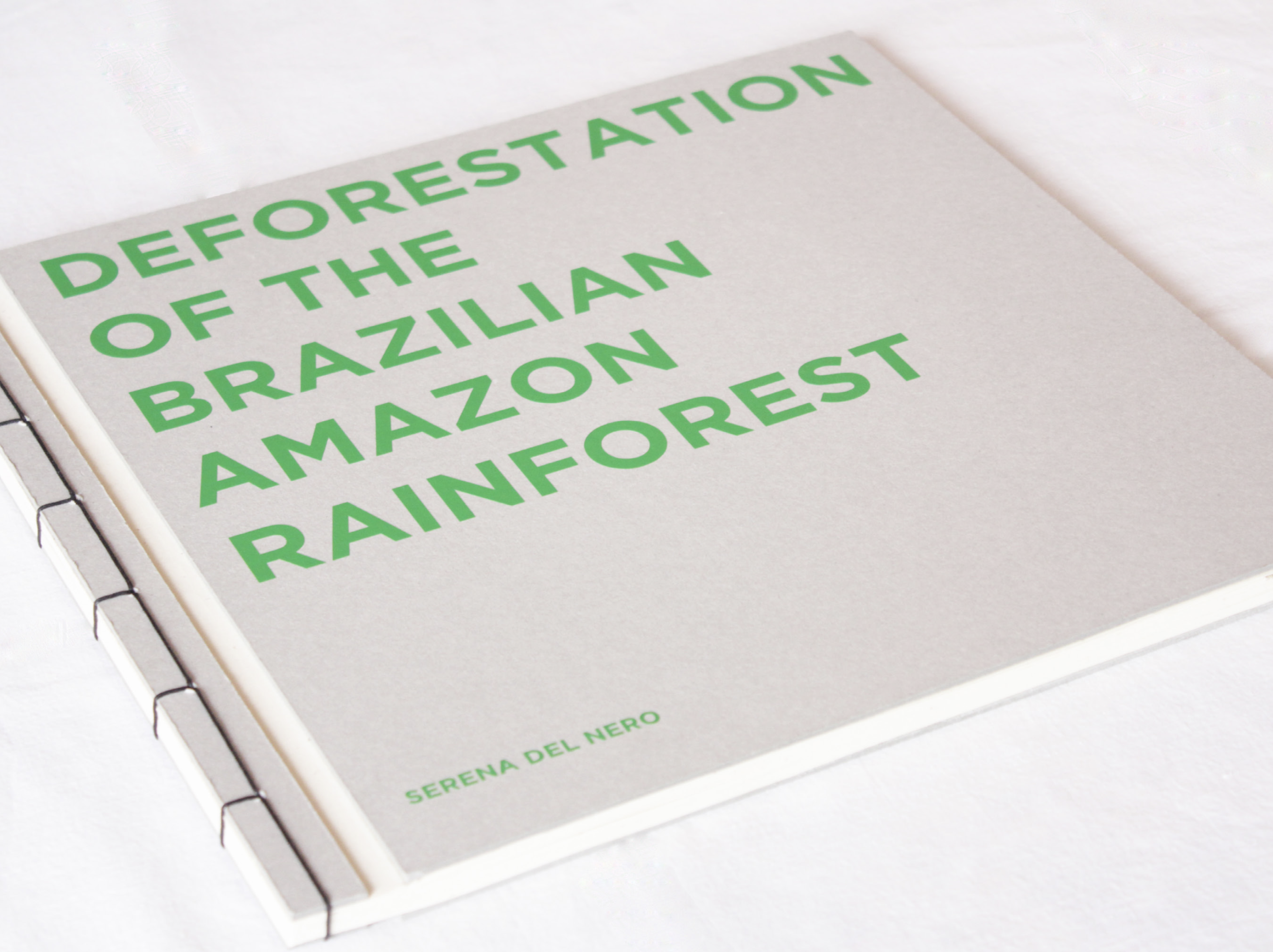 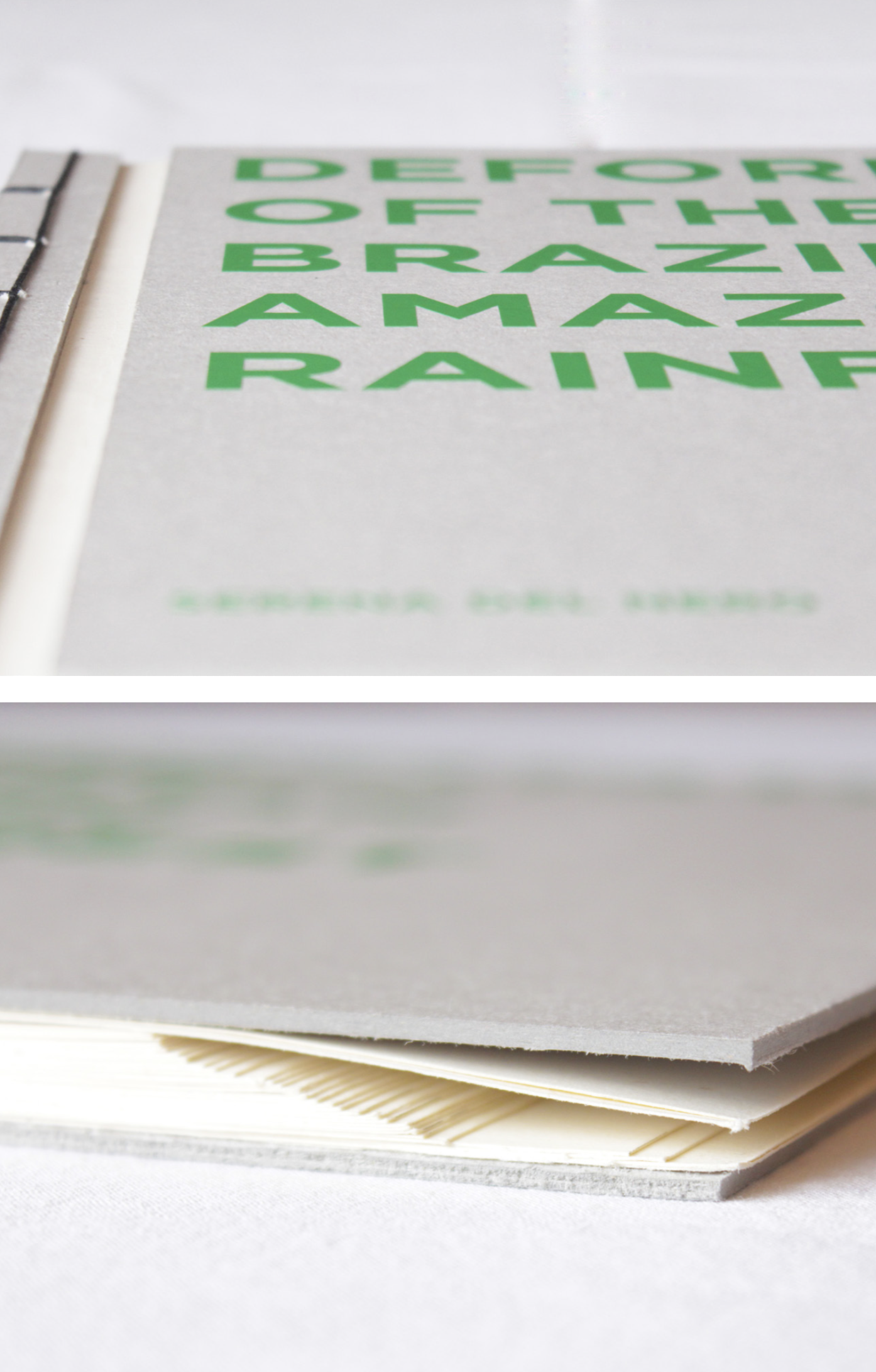 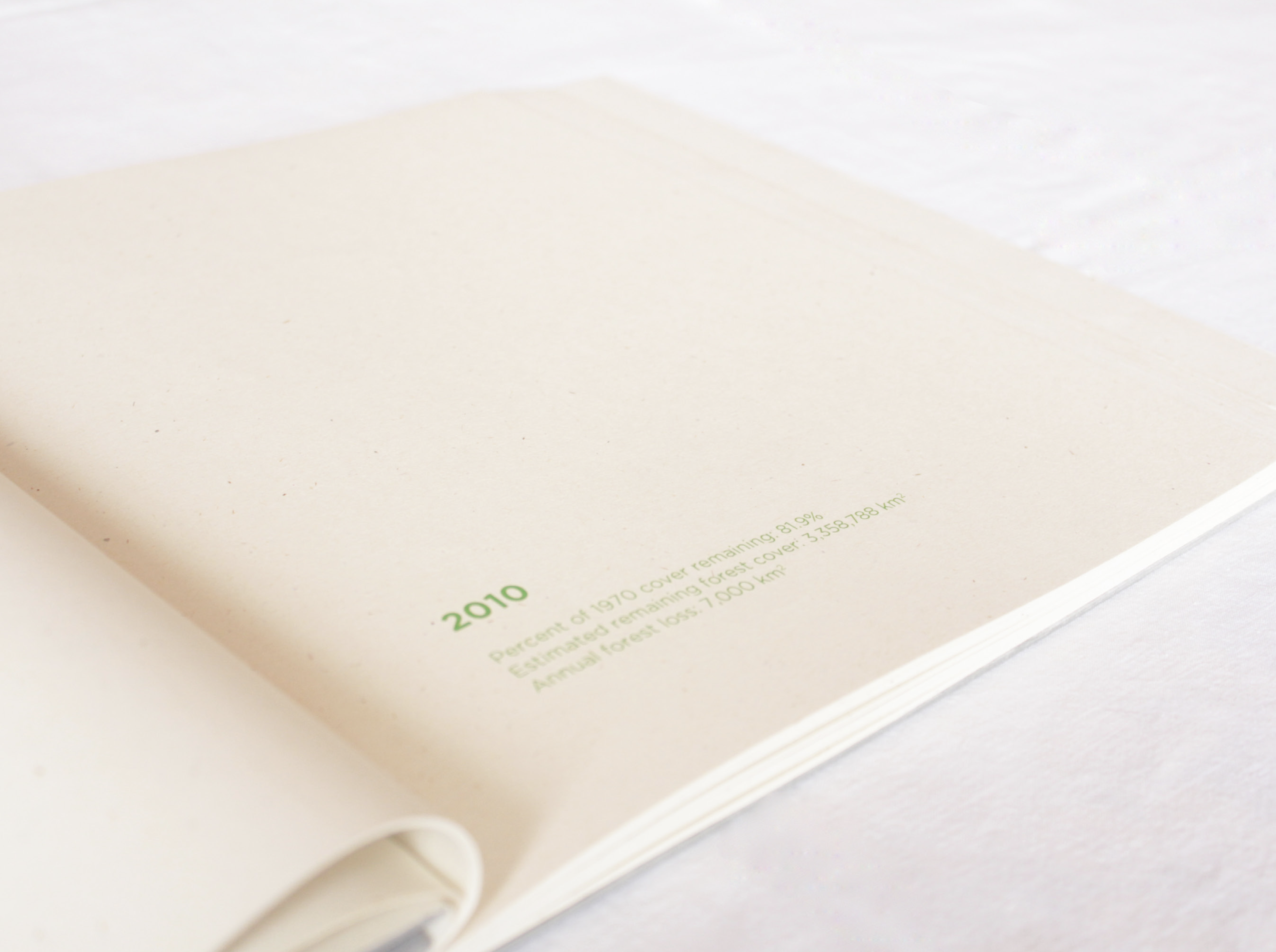