Breaking Bad is a crime drama TV series which tells the story of Walter White, a struggling high school chemistry teacher diagnosed with inoperable lung cancer who, with his former student Jesse Pinkman, turns to a life of crime, producing and selling methamphetamine to secure his family’s financial future before he dies. The visualization shows the appearance or absence of the 13 main characters in each episode. Thanks to character-specific colors, a quick glance allows noticing recurrences and patterns among individuals. On the outside edge, triangles show the number of deaths, along with the color of the character who commits homicide. On the bottom, four histograms show more statistics about deaths, killers and instigators. 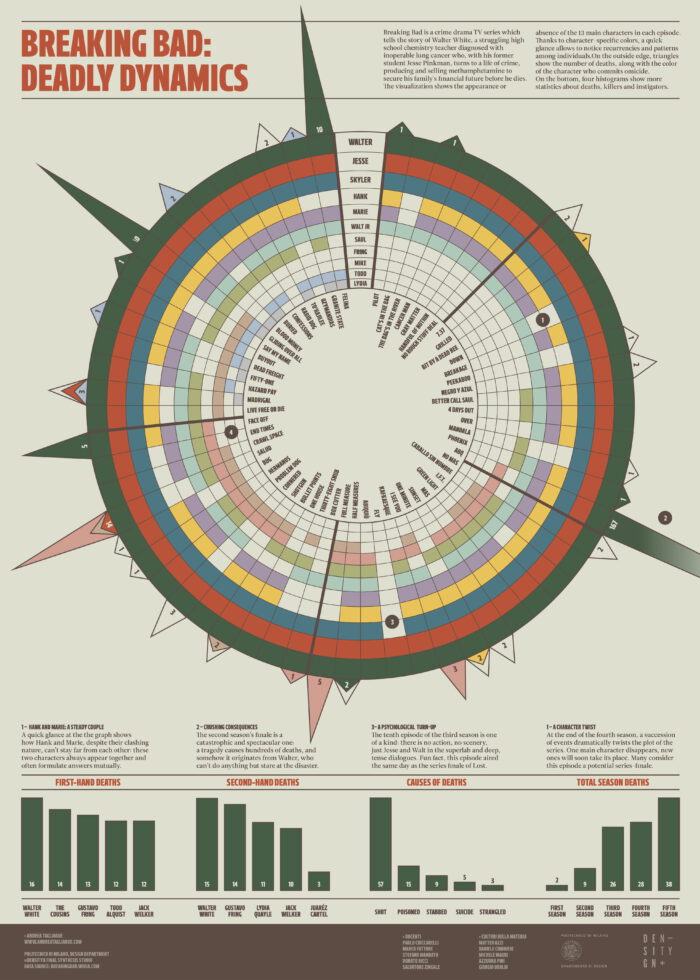 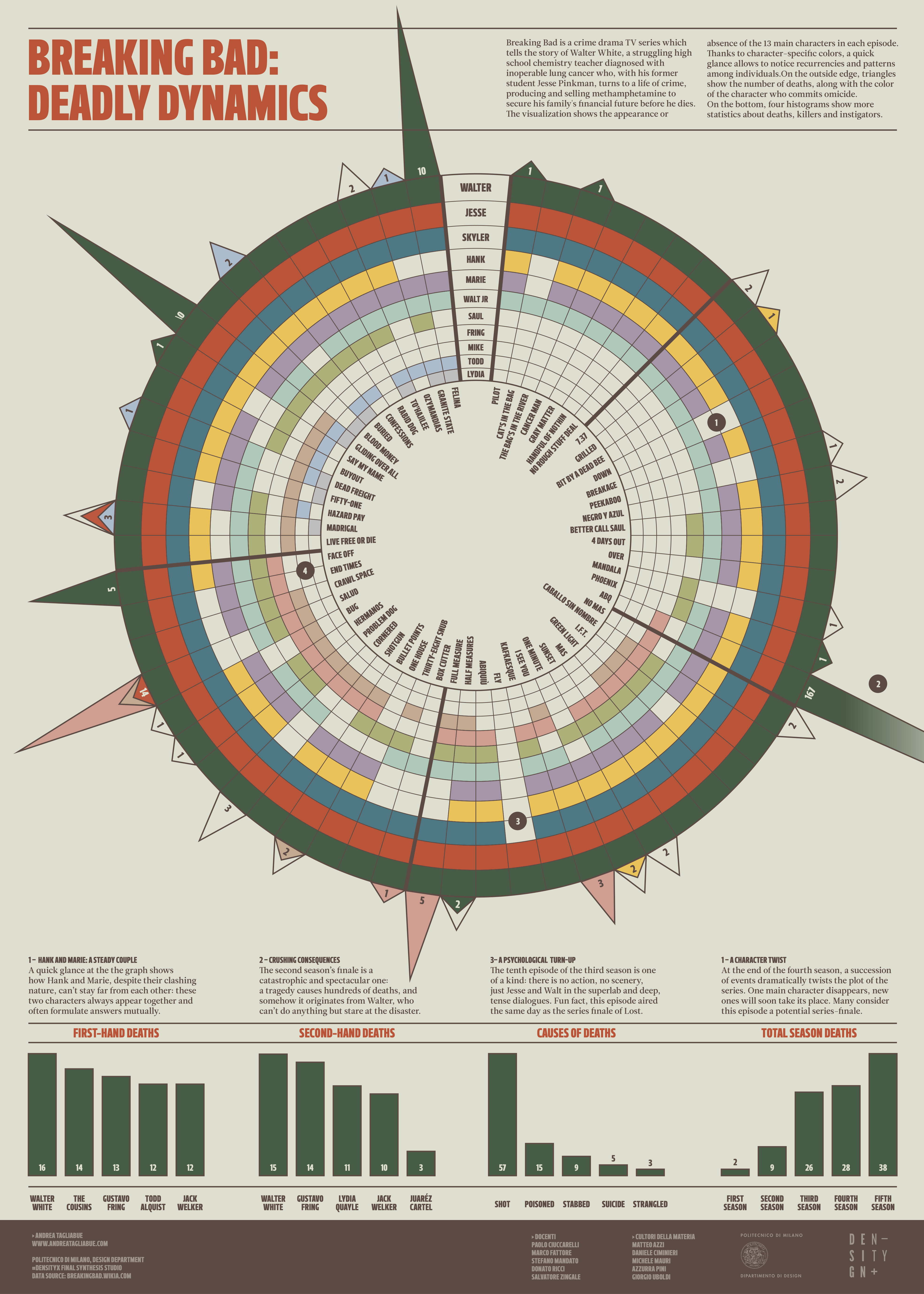