A Brief history of particle zoo

This is an iconic timeline of Standard Model’s elementary particles discoveries, shaped as a vertical section of Large Hadron Collider at CERN. For every particle, the timeline tells its charge, the year of discovery, who discovered it first, and one of the possible interactions with other particles. The interactions are based on Feynman diagrams. Time of interaction starts from the center to the outside, and the first particle decays in two, following diagrams rules. On the bottom side, the Standard Model’s tables are shown. 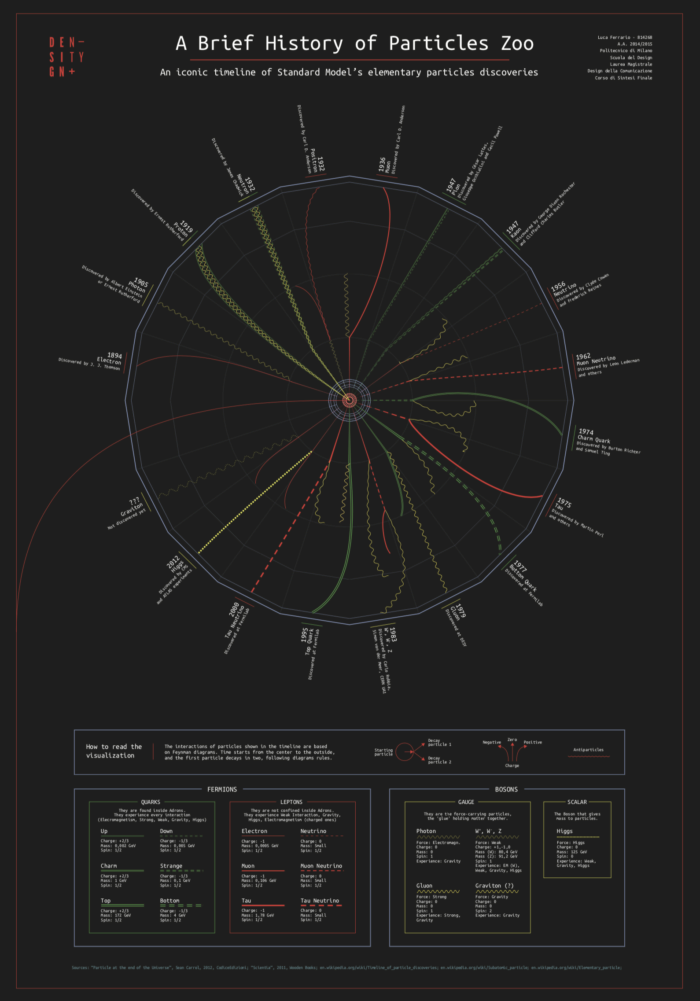 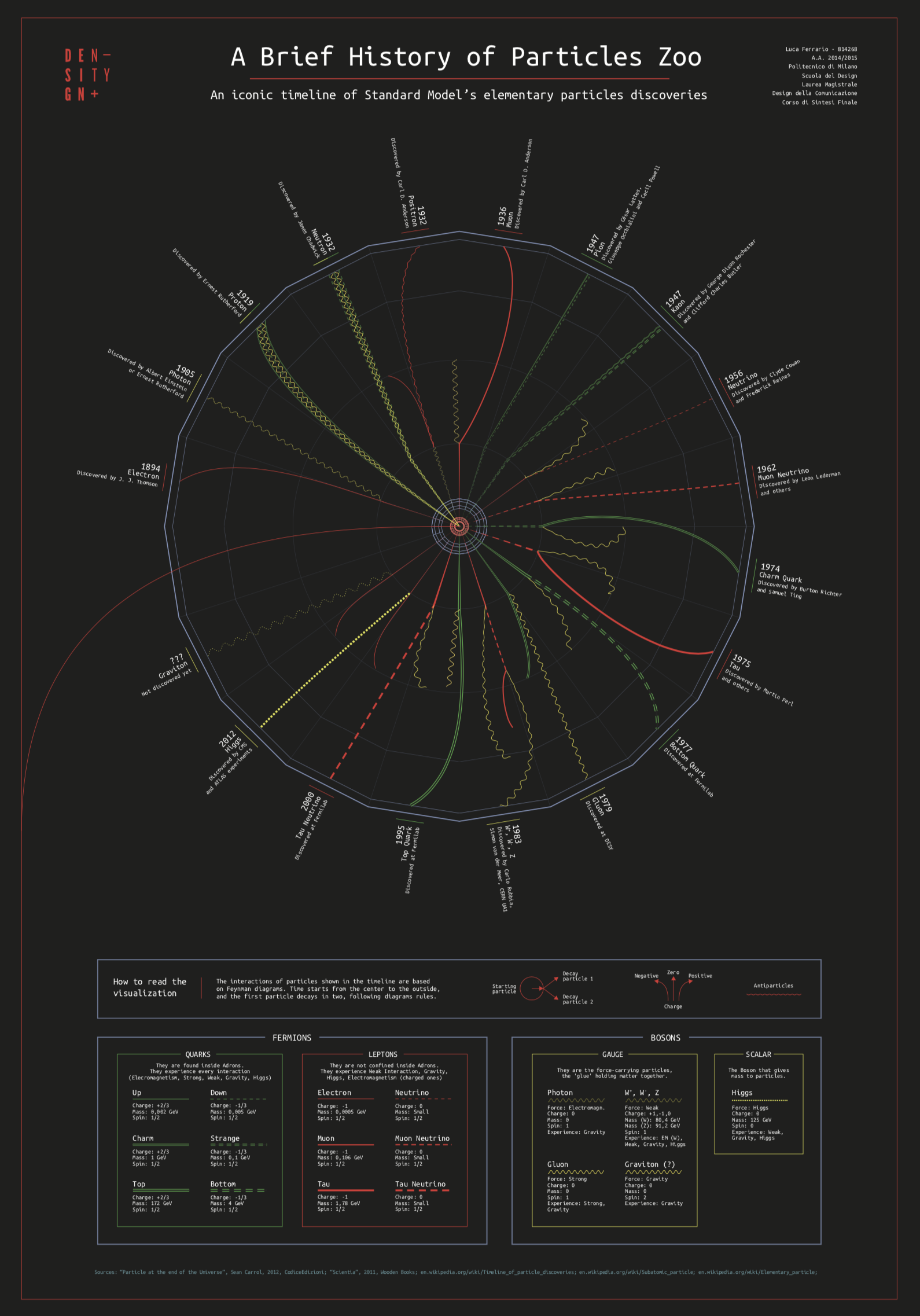